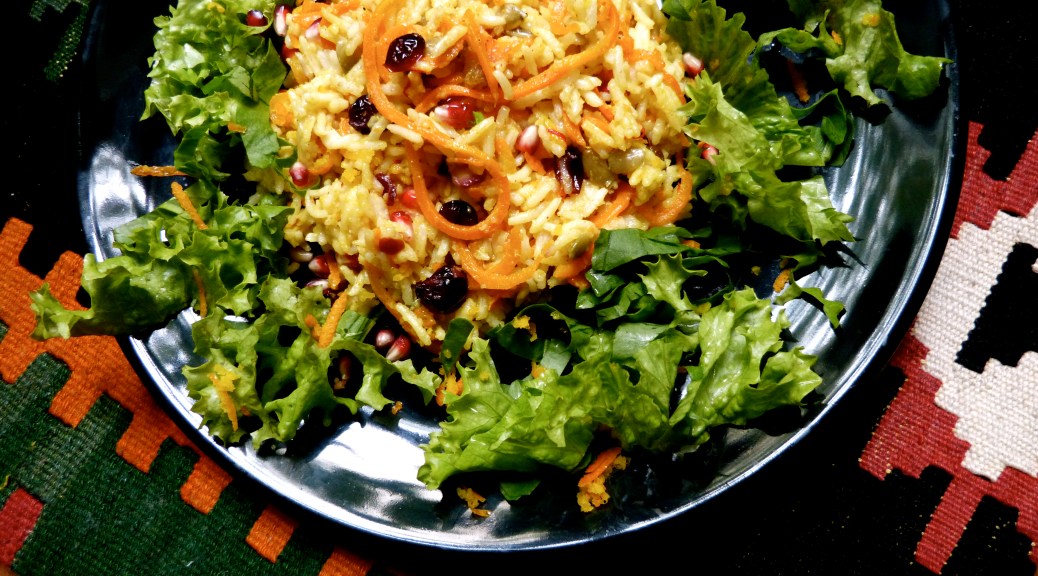 Not that I’d have a special insight into Persian kitchen, but this recipe appealed to me so much, that I decided to simply let myself inspired by its flavors and colors.

And it’s wasn’t difficult at all 🙂 I used the raw pieces of cinnamon and cardamon and a handful of pumpkin seeds to boil them over the pressure cooker along with the basmati rice . When the cooker cooled out enough, I transferred the rice into a bowl and immediately added the orange blossom water and the hot saffron water so there’s enough fluffiness while for adding the rest of the ingredients. As they follow: 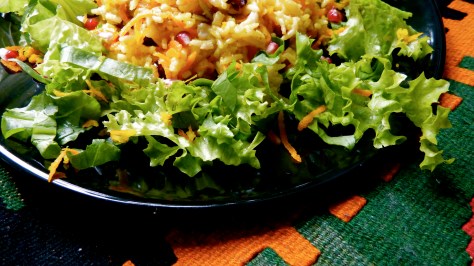 For serving I used fresh leaves of lettuce and sorrel, for its sour lemony taste. That’s about it. The result was a true delight of hues and flavors, that revealed one by one, just like the motifs of an arabesque unfold to their true depth as you look further more.